What is Deferred Action?

Who can apply for Deferred Action?

Anyone present in the US with severe medical conditions, when the treatment for those conditions is unavailable in their home countries, may ask USCIS to grant them deferred action in the form of parole which will allow them to stay in the US without accumulating unlawful presence. Also, persons whose countries were affected by serious natural disaster, may likewise apply for deferred action.  During the validity of the deferred action, the person is considered to be safe from removal/deportation.

How to Apply for Deferred Action?

Apparently, there is no centralized, nation-wide procedure for the deferred action. A person would have to submit the request to the local USCIS office. A front desk would take these applications and provide a receipt stamp. An applicant must be out of status in order to file for deferred action.  Applicants will be fingerprinted. There is no application form and there is no application fee. An applicant will have to present evidence of the need to stay in the US, for medical deferred action it would be affidavits, medical records, doctor’s reports. To file, a person typically also would need to present:

Major changes are coming to the Immigration filed and how the laws are implemented. For almost two decades, students admitted on F, J, and M programs were admitted for Duration of Status (D/S) and were not acquiring unlawful presence if they overstayed their visas unless an Immigration Judge or a DHS made a determination that their status was terminated.

Previously, for example,  a J1 student who came on a Work and Travel program and overstayed her visa, would not face the 3/10 year unlawful presence bars if she later left the US and applied for, let’s say an Immigrant visa.  The amount of time that was overstayed would not matter.  Now, however, DHS made it clear, that even those admitted for Duration of Status will be accumulating the unlawful presence time after their authorized stay expires (stay including the authorized periods that are grunted to students after the expiration of their programs which is 60 days for F students and 30 days for J students).

It means that those who overstay their student visas, dispte the D/S admission will face 3/10 unlawful presence bars and will have to take this into consideration when making decisions about applying for reinstatement, changing status or returning back home.  A person who is subject to an unlawful presence bar must receive a waiver to come back to the US before the ban expires.

The new calculation of unlawful presence will come into effect on August 9, 2018. Prior to this date, the old rule is in effect. 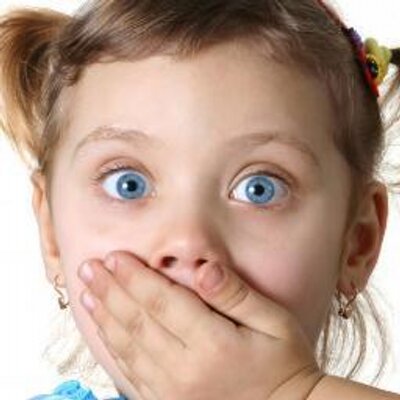 Sad news came today from USCIS: the agency announced that it will start physically destroying documents green card, employment authorizations and travel documents that were marked as “undeliverable” if within 60 days the beneficiary did not contact USCIS.

In my practice, I at times,  get notices from USCIS that the documents it was to deliver to my office somehow were “undeliverable.”  I am not sure where the confusion comes from: from the post office itself or incorrect spelling of addresses, but it does happen. Imagine also, a person after an interview is told that USCIS will make a decision within 90 days.  A person does not expect the green card to arrive earlier than 90 days. A person may not even know that USCIS tried to deliver his/her green card and does not contact USCIS within 60 days…. I just do not see how this new practice will make life easier for anyone. I cannot imagine that anyone who spent time and money on Immigration documents would intentionally fail to contact USCIS within two months period. If people would miss the 60 days deadline, it is likely because they had  no clue that the document was attempted to be mailed to them. Now, on top of waiting for the document, they will find an unpleasant surprise: their documents will be destroyed and they will have to file for the replacement….

I 601A Provisional Waiver: Step by Step Guide

A provisional  I 601A waiver waives the unlawful presence bar for those who have certain LPR or USC relatives in the US. An unlawful presence bar applies to all who accumulated unlawful presence in the US, left the US, and now are applying for Immigration benefits from outside the US.  The positive side of this waiver is that  unlike many waivers that can be filed only once the person departed the country, I601A can be filed for while the person is still in the US; and second, recently US relaxed the standard for granting the waiver, and now, the person can win the waiver either by providing that the relative will not be able to move with him/her outside the US (will suffer extreme hardship in case of a move) or that the relative will have extreme hardship in case the immigrant is removed out of the US.

Here are the steps for the waiver:

A person who is planning on filing for the waiver has to have an approved immigrant petition. It can be I 130, I 140, or even a selection in the DV lottery.

The petition has to the sent for processing to the National Visa Center, and a person has to pay the Immigrant Visa and Affidavit of Support Fees (when necessary)

Submitting I 601A to USCIS with a filing fee and supporting documents. Once the waiver is accepted by USCIS, the clock in the NVC is stopped.

Once the waiver is approved, USCIS informs NVC about the approval, the applicant has to submit DS 260 immigrant visa form and supporting documents for the visa. Then he/she has to wait for the visa interview; schedule the medical exam overseas and plan for the departure.

These are the most common steps for those who have never been in court and do not have other inadmissibility issues.

United States Citizenship and Immigration Services  published its new rule on notices USCIS issues to applicants and petitions.  Notices are extremely important: they confirm the receipt of an application or petition; valid status in the US or a date for an interview. Currently, the notices are sent  to an applicant or petitioner and a copy is sent to an attorney of record.  USCIS now clarifies its rules in that:

Finally, in case of electronic applications, the person has options: the notices may be sent electronically to both the applicant and the attorney or via mail.

Most importunately, the official documents such as EAD (work authorization card) or permanent resident card currently are being sent to the applicants only unless the applicant or self-petitioner designates  their attorney’s official address as the delivery address.

These rules of notice delivery may seem trivial, however when a notice is not delivered it causes delays, denials and frustration. For more information see http://www.aila.org/content/fileviewer.aspx?docid=50525&linkid=281897

Unlawful presence is usually starts to run when a person, who is not a US citizen or US permanent resident overstays their visa or authorized stay. It does not start to run for holders of D/S I-94s, such as F-1 or J-1 students, for whom a USCIS officer or an Immigration Judge has  not rendered a decision as to termination of their status and that they have to leave the country.

However, the question remains as to the validity of status for those who came in the US without a visa, such as citizens of Canada who come to the US without being formally “admitted.”
END_OF_DOCUMENT_TOKEN_TO_BE_REPLACED

In March, 2013,  USCIS started accepting applications for Provisional Waiver of Unlawful Presence, I-601A. The waiver can help those who are related to the U.S. citizens, and who came to the country illegally or overstayed their visas. In particular, the wavier can help former K-1 holders, former C1/D holders; EWI-s.

The provisional waiver cannot help those who have other inadmissibility issues such as criminal convictions, prior illegal entries, or claims of U.S. citizenship.
END_OF_DOCUMENT_TOKEN_TO_BE_REPLACED

Prior Results Do Not Guarantee Similar Outcome
We use cookies to deliver our online services. Details of the cookies and other tracking technologies we use and instructions on how to disable them are set out in our cookie policy.I ConsentCookies Policy